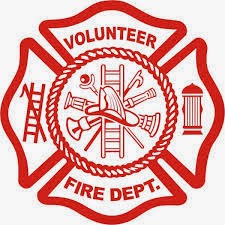 On January 23, 2015, the New Jersey Superior Court, Appellate Division issued a published opinion in the matter of Newfield Fire Company No. 1 v. Borough of Newfield.  The court’s opinion, authored by Marie E. Lihotz, P.J.A.D., is on-line here.  Since it is a “published” opinion, it is binding precedent unless and until it is modified by the New Jersey Supreme Court.

At issue is Newfield’s Ordinance #2013-7 which transferred much of the Fire Company’s autonomy to municipal control.  Among other things, the ordinance requires all Fire Company line officers, including the Chief, Deputy Chief, Assistant Chief, Captain, Lieutenants, and Fire Police Captain, to “be appointed by the Borough[‘s] Governing Body[,] as provided by law.”  The Borough passed this ordinance under the authority of N.J.S.A. 40A:14-68, which allows a municipality to exercise “supervision and control” over a volunteer fire company.  That statute, in relevant part, states:

In any municipality not having a paid or part-paid fire department and force, the governing body, by ordinance, may contract with a volunteer fire company or companies in such municipality, for purposes of extinguishing fires, upon such terms and conditions as shall be deemed proper. The members of any such company shall be under the supervision and control of said municipality and in performing fire duty shall be deemed to be exercising a governmental function; however, the appointment or election of the chief of the volunteer fire company shall remain the prerogative of the membership of the fire company as set forth in the company’s certificate of incorporation or bylaws.

The court rejected the Fire Company’s argument that its relationship with the Borough must be established by a contract to which both parties agree.  Rather, the court held that the statute’s use of the words “by ordinance” “unambiguously permit a municipality to use the mechanism of an ordinance as the contractual basis to set forth provisions assuring municipal supervision and control of members of the volunteer fire company it designates as the official entity to perform the public function of extinguishing fires.”  In other words, a municipal governing body, without the fire company’s consent, can decide the level of control the municipality will have over a volunteer fire company’s operations.  The court did, however, uphold the lower court’s finding that the Fire Company could select its own fire chief, since that power was specifically conferred by the statute to the Fire Company.

The court concluded that a volunteer fire company’s choice is, essentially, to take it or leave it.  The court wrote that a prudent municipal council would develop an ordinance acceptable to the volunteer fire company, else the volunteers may simply decline to continue providing firefighting services.  But, if a municipality decides to pass an ordinance that is unacceptable to the fire company, the municipality “has authority to assume possession and control of its real and personal property and to seek a replacement entity to perform the necessary fire functions.”