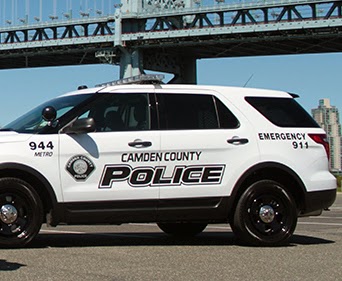 In a report to the Camden County Prosecutor, the Camden Police Department stated that it had fired a police officer on February 17, 2014 because he was charged with drunk driving and criminal mischief in Evesham Township (Burlington County) on September 19, 2013.  The report, however, had the officer’s name redacted from it.

I submitted an Open Public Records Act (OPRA) request to Evesham and the results, on-line here, identified the fired officer as Travis Gerard Hoban, who was 23 at the time of the incident.  According to the reports, Hoban drove his silver Honda Civic off of Route 70 and struck several trees.  When Evesham Police Officer Jack Armstrong noticed a strong smell of alcohol on Hoban’s breath, Hoban admitted to having “a couple of beers.”  When Armstrong administered a breath test with an Alcotest 7110, Hoban blew a .19%.

At 3:45 a.m., about an hour and a half after taking the breath test, Hoban was observed on a video monitor walking over to the corner of his cell, opening his zipper and urinating on the bench and the floor.  This caused Armstrong to issue an additional charge against Hoban for criminal mischief.