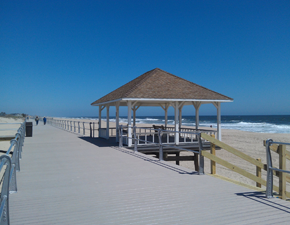 On November 24, 2014, the Borough of Spring Lake (Monmouth County) agreed to pay $275,000 to a Saddle River podiatrist who sued the Borough’s police chief and sergeant for falsely prosecuting him for attempting to steal a multimillion-dollar estate of Spring Lake widow.

Sollito was accused of befriending Madeleine Stockdale, a Spring Lake widow and Sollito’s neighbor, and persuading her to change her will and leave him the bulk of her $6 million estate.  According to newspaper accounts, Sollito was tried in 2007 for forgery, falsifying records and endangerment or neglect of an elderly person.  All charges were dismissed after a mistrial was declared.

In his suit, he said that Police Chief Robert J. Dawson and Sergeant William Coyle conspired to have Coyle testify falsely before a Grand Jury in 2004.  Sollito claimed that Coyle perjured himself and that absent his “vindictive acts and false testimony, a grand jury would not have indicted Dr. Sollito, because there was no probable cause to support the charges.”  He further claimed that Dawson and Coyle conspired against him “to steer Ms. Stockdale’s fortune to their friends and fellow public safety officers, who comprise the Borough of Spring Lake’s First Aid Squad.”

None of Sollito’s allegations have been proven or disproven in court. The settlement agreement resolution expressly states that the $275,000 payment does not constitute an admission of wrongdoing by Spring Lake or any of its officials. All that is known for sure is that Spring Lake or its insurer, for whatever reason, decided that it would rather pay Sollito $275,000 than take the matter to trial. Perhaps the defendants’ decision to settle was done to save further legal expense and the costs of trying what were in fact exaggerated or meritless claims. Or, perhaps the claims were true and the defendants wanted to avoid being embarrassed at trial. This is the problem when cases settle before trial–it is impossible to know the truth of what really happened.