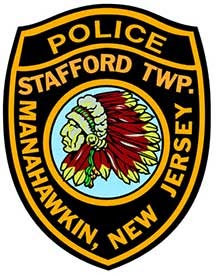 On September 20, 2011, the Township of Stafford (Ocean County) agreed to pay $27,500 to a Barnegat man who sued members of the Stafford Police Department for allegedly assaulting him.

In his suit, Michael Piechowski said that on October 2, 2009, he was waiting for a bus with his friend.  He claimed that after Officers Christopher Smith, R. Mullin arrested his friend, they also “assaulted [Piechowski] without justification, handcuffed him and maced him while he was restrained.”

None of Piechowski’s allegations have been proven or disproven in court. The settlement agreement resolution expressly states that the $27,500 payment does not constitute an admission of wrongdoing by Stafford or any of its officials. All that is known for sure is that Stafford or its insurer, for whatever reason, decided that it would rather pay Piechowski $27,500 than take the matter to trial. Perhaps the defendants’ decision to settle was done to save further legal expense and the costs of trying what were in fact exaggerated or meritless claims. Or, perhaps the claims were true and the defendants wanted to avoid being embarrassed at trial. This is the problem when cases settle before trial–it is impossible to know the truth of what really happened.