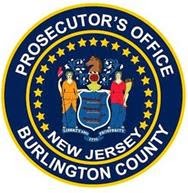 For the past several years, I have been operating under the belief that a public body, when notifying newspapers of its special meetings, needs only to provide notice of the meeting to two newspapers early enough so that the newspapers, if they so choose, could publish notice of the meeting at least 48 hours prior to the meeting.  While the Open Public Meetings Act (OPMA) and the case law make it clear that actual newspaper publication of a meeting notice is not required, I have been operating under the belief that public bodies are not even required to request the newspapers to publish the notices.  (For more information and case citations, please see my blog posts here and here.)

In a February 5, 2015, five-page letter to the Westampton Township Committee (on-line here), Burlington County Assistant Prosecutor Thaddeus E. Drummond said that the Township’s tardy notices (the newspapers received notice of the December 12, 2014 meeting on December 10, 2014) were inadequate.  But, Drummond went on to write:

[Clerk Ryan] indicates that she did not intend, let alone expect, the Trenton Times to publish the notice as required by the OPMA. On the contrary, she notes in her certification that “Westampton Township has never requested or paid for actual publication to the Trenton Times” (emphasis in original). This is not a situation where the Township has made a reasonable effort to notify the public about a Special Meeting through publication only to have the newspaper fail to fulfill its civic duty. On the contrary, the Trenton Times was incapable of publishing notice of the Special Meeting because it was never directed to do so by Westampton Township. While actual publication may not be necessary for a public body to provide “adequate notice” as contemplated by the OPMA, merely transmitting a public notice to a newspaper with no direction to publish it does not constitute a “reasonable effort to notify the public”.

So, according to Drummond, a public body cannot “merely transmit a public notice to a newspaper with no direction to publish it.”  Drummond’s position is, to my knowledge, the first of its kind in New Jersey.