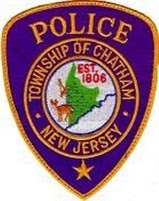 On August 14, 2014, I blogged about my Open Public Records Act (OPRA) lawsuit against Chatham Township (Morris County) seeking settlement agreements between the Township and two police officers and one of the officer’s–a former sergeant’s–filed claim that resulted in the Township paying $100,000 to cover “the Township’s share in this settlement.”  In a December 17, 2014 Order and written decision (on-line here), Morris County Assignment Judge Thomas L. Weisenbeck ruled that while I am entitled to both settlement agreements, the sergeant’s tort claim notice may stay confidential.

Weisenbeck ruled that the settlement agreements were public records.  The settlement with Sergeant Michael Giannone (on-line here) shows that he received $200,000 with $100,000 coming from each the Township and its insurance carrier. Officer Edward Gibney and his wife Nancy (settlement on-line here) received only $100 cash in their settlement but the Township agreed to dismiss Internal Affairs Complaints No. AI30002 and AI30003 that were pending against Edward and permit him to use his accrued and unused 241.75 hours of vacation time, 60 hours of personal time 103.8 hours of comp time and 1,629 hours of sick him if he can present a medical note confirming his illness.  Elsewhere in the agreement, the Township acknowledged that the doctor’s note that Gibney submitted was “sufficient to allow [him] to retire on October 1, 2014, based on a regular 2014 work schedule of 15 days per month, 12 hours per day.”  Finally, the agreement also provided that Gibney “will be eligible for retiree health benefits under the Collective Bargaining Agreement if his application for retirement is approved by the State Pension Board.”

Weisenbeck ruled that much of Giannone’s tort claim notice must be kept confidential because it was “information generated . . . in connection with any sexual harassment complaint filed with a public employer.”  Weisenbeck noted that “[t]he Legislature gave victims the opportunity to bring sexual harassment complaints to their public employers without public access.”  The redacted version of the tort claim notice that I received from the Township before I filed my complaint is on-line here and the version I received after Weisenbeck’s ruling is on-line here.  I include both because each contains unredacted material that is not present in the other.

My lawyer in the matter was Walter M. Luers of Clinton.