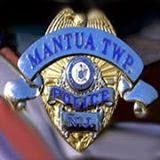 On February 9, 2015, the Township of Mantua (Gloucester County) agreed to pay $75,000 to the estate of local man who alleged that members of the Mantua Police Department fractured his spine by knocking him down and then kicking him while he was laying on the ground.  (According to a South Jersey Times obituary the man died on May 27, 2013 at age 66.  Nothing suggests that the man’s death was caused by his interaction with Mantua police.)

In his suit, the estate of Lindley Gallagher claimed that on January 19, 2012, Mantua Patrolman A. Hayes (presumably Arthur D. Hayes) knocked on the door of Gallagher’s residence.  When Gallagher opened the door a “verbal dispute” allegedly occurred between him and Officer Hayes during which Hayes “became frustrated with [Gallagher], grabbed him and threw him to the ground.”  While Gallagher was on the ground and being attended to by a neighbor, unnamed officer allegedly kicked him.  Gallagher claimed that the officers’ actions caused him to suffer a “fractured cervical spine requiring spinal fusion surgery” that requiring him to spend months in a rehabilitation center.

Gallagher’s complaint alleges that he filed an Internal Affairs complaint but that Mantua Police had not responded as of the date of the complaint.

None of Gallagher’s allegations have been proven or disproven in court. The settlement agreement resolution expressly states that the $75,000 payment does not constitute an admission of wrongdoing by Mantua or any of its officials. All that is known for sure is that Mantua or its insurer, for whatever reason, decided that it would rather pay Gallagher $75,000 than take the matter to trial. Perhaps the defendants’ decision to settle was done to save further legal expense and the costs of trying what were in fact exaggerated or meritless claims. Or, perhaps the claims were true and the defendants wanted to avoid being embarrassed at trial. This is the problem when cases settle before trial–it is impossible to know the truth of what really happened.