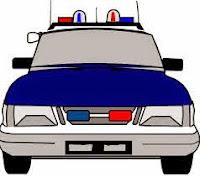 On Tuesday, May 19, 2015 the Paulsboro (Gloucester County) Borough Council will vote on enacting a new juvenile curfew ordinance to replace the one the Borough repealed in October 2014. The repealed ordinance is on-line here and the new one under consideration is on-line here.

Both versions of the ordinance made it illegal, with certain exceptions, for those under the age of 18 to be out in public during nighttime hours.  The new version, however, would make some changes including extending the curfew hour from 10 p.m. to 11 p.m. on Friday and Saturday nights and increasing the maximum fine for a first offense from $25 to $1,000.

The most significant change, however, is allowing parents to give “written permission” to their children allowing them to travel between private locations and to travel to and from “cultural, educational and social events, sponsored by religious, non-profit or community based organizations.”  The new version specifically allows parents to decide what is and what is not a “”cultural, educational and social event.”

The increase in parental authority seems to be modeled after the Appellate Division’s 2001 decision in Betancourt v. West New York.  In striking down West New York’s curfew ordinance, the court held that the ordinance’s exceptions were “not broad enough to recognize the right of parents to permit their children to participate in many legitimate activities. Such activities might include parent authorized at baseball, basketball, hockey or other sporting events sponsored by a private organization; going to the movies, or bowling, or visiting friends and relatives.”  The court also ruled that the ordinance’s definition of “cultural, educational or social events” was unconstitutionally vague.  The court held:

In cases where the government seeks to dictate facets of the parent-child relationship, it must overcome the strong constitutional presumption in favor of parental authority over governmental authority.

Whether or not Paulsboro’s new curfew version is constitutional will not be known unless a Paulsboro minor or parent decides to challenge in in court.  In the meantime, it would appear that parents who wish to permanently exempt their children from the ordinance’s reach could provide them with a written notice containing language such as:

In accordance with §50-4(A)(3) of Paulsboro’s curfew ordinance, please be advised that I authorize my child, [name], to travel to and from our home at [address] and any other privately owned location within the Borough on any day and at any hour, without exception.  As a parent, I reserve the right to restrict the blanket permission granted herein by verbally communicating those restrictions to my child on a case by case basis. Those restrictions, if any, are the private business of myself and my child and do not concern the Borough of Paulsboro.
[Parent’s name]
[Parent’s signature]
[Parent’s contact information]