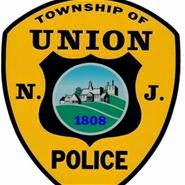 On an unknown but recent date, the Township of Union (Union County) agreed to pay $30,000 to a local man who sued members of the Union Police Department for falsely arresting him.

In his suit, Piotr Konopacki said that on February 6, 2012, he was returning home via train from New York City when police arrested him and charged him with burglary and possession of burglary tools.  He claimed that the Union County Prosecutor’s Office dismissed the burglary charge on its own motion and that the court dismissed the burglary tools charge because “there was clear error” and that he was “misidentified and the charges against him were unfounded and unsubstantiated.”  He claimed that the ordeal of being arrested caused him “to sustain permanent psychological trauma.”

The case is captioned Konopacki v. Union, Federal Case No. 2:14-cv-00782 and Konopacki’s attorney was Tania M. Pagan of New York.  Case documents are on-line here.  The settlment agreement is unsigned because the Township does not, at the time of this writing, possess a signed copy of the agreement.

None of Konopacki’s allegations have been proven or disproven in court. The settlement agreement resolution expressly states that the $30,000 payment does not constitute an admission of wrongdoing by Union or any of its officials. All that is known for sure is that Union or its insurer, for whatever reason, decided that it would rather pay Konopacki $30,000 than take the matter to trial. Perhaps the defendants’ decision to settle was done to save further legal expense and the costs of trying what were in fact exaggerated or meritless claims. Or, perhaps the claims were true and the defendants wanted to avoid being embarrassed at trial. This is the problem when cases settle before trial–it is impossible to know the truth of what really happened.