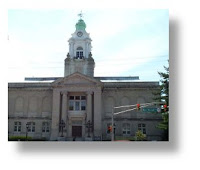 On Monday, June 1, 2015, 9 a.m., an African-American teacher’s New Jersey Law Against Discrimination lawsuit against her former employer, the Bridgeton Public School District, is scheduled to be tried at the Cumberland County Courthouse before Judge Richard Geiger.

The teacher, Sakina Davis, claims in her February 9, 2013 lawsuit (on-line here) that Christine Barlas, the Caucasian principal at the Geraldyn O. Foster Early Childhood Center on Buckshutem Road, put Davis in charge of disciplining African-American students “because the school did not want African-American parents coming in and becoming ‘aggressive’ with Caucasian administrators and teachers.”

Davis alleges that Barlas made racially derogatory comments to her such as opining that “African-American parents did not have the same level of care for their students’ educational experience as did Caucasian and Hispanic Parents” and that Black mothers often had “drug dealing boyfriends” that exposed young African-American males to violence.  Davis also says that Barlas did not intervene when special education teacher Jane Krokos “implied that African-American students were disproportionately disruptive” and should be put in their own class so as to not “ruin” the educational experience for Caucasian and Hispanic students. Davis said that she was forced to resign because the “retaliatory harassment and non-response to the racial harassment became too much for her.”

The trial, which will be held on the third floor of the Courthouse in Bridgeton, is open to the public.  Those who wish to attend and observe may wish to call the Civil Division Manager’s Office at 856-453-4331 on Friday afternoon to ensure that the trial has not been adjourned.