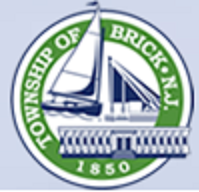 Those who use the services of the Brick Township (Ocean County) Ethics Information Committee must be very careful when completing the “What is your requested remedy for this complaint” section of the Committee’s complaint form.  The Committee apparently cares more about a complaint’s technical niceties than it does its substance.  If one asks the Committee to “investigate” rather than “review” a complaint, he or she will probably get a rejection letter from the Township Attorney.

On June 15, 2015, I filed my complaint with the Committee because five members of the Township’s Tourism Development Committee, which is granted the “exclusive authority to disburse all of the revenues allocated to the Tourist Development Fund,” failed to file Financial Disclosure Statements in 2014 and 2015.  This is clearly a violation of the Local Government Ethics Law.  While I could have filed directly with the Local Finance Board in Trenton, I opted to invoke the Brick Committee’s process, which is set forth in the Township Code..

In response to the Ethics Committee’s question of my “requested remedy” for the complained of matters, I stated: “Investigate whether there is any valid excuse for the failure to file. and if none is found. file a complaint against those named with the Local Finance Board.”

Starkey’s letter does not mention anything about the substance of my complaint, i.e. whether Brick’s Ethics Committee will do anything to enforce the Local Government Ethics Law against the Tourism Development Committee who have failed to file their Financial Disclosure Statements.  I checked the Local Finance Board’s website today and those Committee members still have not filed.