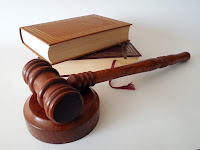 On June 2, 2014, I submitted an Open Public Records Act (OPRA) request to the New Jersey Motor Vehicle Commission (MVC) seeking “all OPRA requests submitted to the MVC between May 5, 2014 and May 12, 2014.”  The MVC denied my request because disclosure would allegedly give “an advantage to competitors.”  With Walter M. Luers of Clinton as my attorney, I sued the MVC and on October 26, 2014, Mercer County Superior Court Assignment Judge Mary C. Jacobson ordered the MVC to disclose the week’s worth of OPRA requests and to pay Luers his attorney fees, which were later agreed to be $3,000.  On March 20, 2015, the MVC appealed Judge Jacobson’s ruling and on August 17, 2015 filed its brief.  Luers filed his responsive brief on October 19, 2015.

The MVC’s argument centers on the 2005 Appellate Division case of Gannett New Jersey v. County of Middlesex, et al., 379 N.J. Super. 205.  This case involved a newspaper’s OPRA request for federal subpoenas issued to Middlesex County and the county’s responses to those subpoenas.  In his written decision, Appellate Judge Stephen Skillman stated the following:

OPRA does not authorize a party to make a blanket request for every document a public agency has provided another party in response to an OPRA request or, in this case, a federal grand jury subpoena. Such a request seeks access not merely to public records but also into the nature and scope of a third party’s inquiry to a government agency.

Moreover, the interest of third parties in protecting the confidentiality of their requests for access to public documents is not limited to law enforcement agencies. Suppose Gannett suspected that another news organization was conducting an investigation into a public agency’s financial practices and had sought production of documents under OPRA in connection with that investigation. Could Gannett make a blanket request to the public agency for the production of all records provided to the other news organization?

The MVC’s argument is that disclosing copies of OPRA requests that others have filed may violate those requestors’ rights to keep the nature and scope of their inquiries confidential.