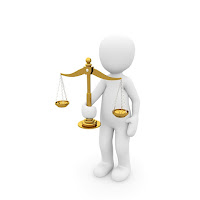 On December 9, 2015, John J. Zefutie, Jr. of the New Jersey Supreme Court’s District VIII Ethics Committee filed a formal complaint against a Perth Amboy (Middlesex County) attorney who allegedly had a divorce-seeking female client sign a retainer agreement that deprived her of rights and information guaranteed by court rules.

The complaint, which bears Docket No. VIII-2014-0006E, is against Jose M. Cameron who has been practicing law since 1978. The complaint alleges that the March 14, 2013 agreement that Cameron had his client sign called for an initial $2,500 retainer which would be considered a “minimum fee” that Cameron would earn “regardless of the amount of time actually spent” on the case.

The complaint also cites Cameron for dragging his feet when his client fired him on February 18, 2014 and requested a refund of the retainer paid.  After Cameron balked at the refund request, the client sought intervention from a Fee Arbitration Panel which ordered Cameron to return the $2,500 on November 28, 2014.  Cameron reportedly ignored the order and did not return the money until after the ethics committee initiated its investigation.  Cameron ultimately issued the $2,500 refund “by way of three separate money orders, all dated January 23, 2015.”

Cameron ran for Perth Amboy Mayor in 2012 and previously served as one of the City’s municipal court judge.  He has a right to contest the charges and have the matter heard by an ethics panel.