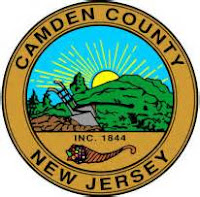 Update: I just received word that the County has recognized the weakness of its case and has agreed to disclose the records.

In Hardwick v. County of Camden, Docket No. CAM-L-215-16, Darnell Hardwick argues that although the records he sought were internal affairs records, any confidentiality those records possessed was lost when they were entered into evidence before a state administrative court that heard former Officer Thomas McNulty’s appeal of his firing.  Hardwick is represented by Walter M. Luers of Clinton.  (As noted in Hardwick’s brief, internal affairs records are not necessarily exempt under OPRA even if they are not entered into evidence before a court or administrative tribunal.)

Those interested in attending the February 22, 2016 public hearing should call Judge Pugliese’s chambers at 856-379-2369 the morning of the hearing to make sure that it hasn’t been adjourned.