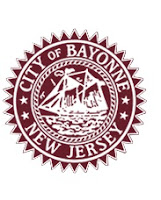 As reported in my January 27, 2015 article, I sued the City of Bayonne because it would not, prior to formal settlement agreements in two police excessive force lawsuits being signed by all parties, provide me with informal documents that revealed the settlement amounts.  My chief complaint was that Bayonne’s attorney, William P. Opel, would not tell me whether or not any such informal documents existed.  Rather, Opel hedged by claiming, in effect, that “if those documents existed, I couldn’t have them because they would be exempt.”

In an honorable move, the City agreed last week to concede that its response to my request was “unclear” and deprived me of being able to “properly assess” the matter.  The City also agreed to pay my lawyer, CJ Griffin of Hackensack, $5,000 in attorney fees for having brought the suit.