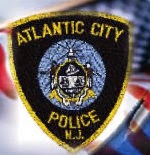 On December 22, 2015, the City of Atlantic City (Atlantic County) agreed to pay $50,000 to a local man who claimed that police beat him and sicced a police dog on him after he was handcuffed.

In his complaint, Julius A.H. Baldwin, IV said that on May 2, 2013, he was writing on a metal box attached to a telephone pole located at Florida and Pacific Avenues when he was confronted by Officer Peter Calabrese. Baldwin said that he ran away from Calabrese “because he was afraid of being a victim of excessive force.”

Baldwin claimed that Calabrese, accompanied by Officers John Devlin, James Karins and Brian Hambrecht beat him with their fists and clubs after he fell to the ground and surrendered.  After being handcuffed, Baldwin claimed that a police dog was sicced on him that bit him several times on the back of both of his legs.  He said that he was charged with aggravated assault and ended up pleading guilty to disorderly conduct.

None of Baldwin’s allegations have been proven or disproven in court. The settlement agreement resolution expressly states that the $50,000 payment does not constitute an admission of wrongdoing by Atlantic City or any of its officials. All that is known for sure is that Atlantic City or its insurer, for whatever reason, decided that it would rather pay Baldwin $50,000 than take the matter to trial. Perhaps the defendants’ decision was done to save further legal expense and the costs of trying what were in fact exaggerated or meritless claims. Or, perhaps the claims were true and the defendants wanted to avoid being embarrassed at trial. This is the problem when cases resolve before trial–it is impossible to know the truth of what really happened.