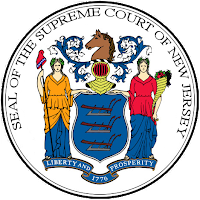 Following is my letter to Charles Centinaro, Director of the New Jersey Office of Attorney Ethics, concerning a letter I received from a District Ethics Committee that is likely to cause ethics grievants to think that they are not allowed to publicly discuss their grievances.
—————————–
March 20, 2016

I would like to bring to your attention a docketing letter I recently received from the District VII Ethics Committee in response to my grievance against a lawyer who practices in Mercer County.  I have placed the letter, which relates to Docket No. VII-16-010E, on-line here.

The letter, which contains language that the District VII Committee secretary uses in all such letters, states in relevant part:

All parties are advised that matters before the Committee are confidential and may not be disclosed to anyone outside the Committee.

But this is too broad of a statement and is likely to cause grievants to erroneously think that they are not allowed to tell anyone that they have filed an ethics grievance.

In R.M. v. Supreme Court of New Jersey, 185 N.J. 208 (2005), the Supreme Court held that “a grievant may discuss publicly the fact that he or she filed a grievance, the content of that grievance, and the result of the process.”  Thus, it appears that the District VII Secretary, more than ten years after R.M. was decided, is still applying the same confidentiality standard that the Supreme Court ruled to be an impermissible burden on an ethics grievant’s right to free speech.

Would you please direct District VII, as well as any other ethics committees who may be similarly misinforming grievants, to bring their docketing letters into conformity with current law?