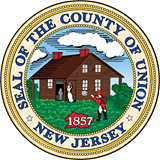 On February 23, 2016, the County of Union agreed to pay $10,000 to cover the lawyers’ fees and costs of an Open Public Records Act (OPRA) requestor who partially succeeded in her lawsuit to compel the county to disclose public records.

In her October 1, 2015 decision in the case of Tina Renna v. County of Union, et al, Docket No. UNN-L-3253-14, Superior Court Judge Camille M. Kenny found that the County was justified in suppressing certain “Annexes” which described how emergency services and public health officials would respond in case of an emergency.  Judge Kenny found the testimony of William Kane, Deputy Director of Emergency Management, to be “compelling” and that release of the Annexes, even partially, “could cause a serious security risk.”

Judge Kenny also found, however, that the County’s denial was too broad and kept Renna from receiving a large number of documents that were “undeniably public.”  These included “Resolutions of the Freeholders, mutual aid agreements between or among the County and other entities, and even brochures designed for public dissemination.”  Under Judge Kenny’s instructions, the County agreed to release many of the previously withheld documents, including some that were available on the County’s websites.

Renna was represented in the suit by Walter M. Luers of Clinton.