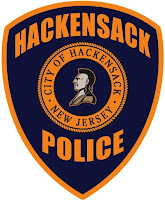 According to an undated, draft agreement that was prepared sometime in 2016, the City of Hackensack (Bergen County) agreed to pay $7,500 to a man who filed his handwritten civil rights complaint on March 25, 2009 while an inmate at the Bergen County Jail.

The case is captioned Woodley v. Al-Ayoubi, et al, Federal Court Case No. 09-cv-01403 and Woodley represented himself in this case. Case documents are on-line here.

None of Woodley’s allegations have been proven or disproven in court. Settlement agreements typically state that payment does not constitute an admission of wrongdoing by any of the defendants.  All that is known for sure is that Hackensack or its insurer, for whatever reason, decided that it would rather pay Woodley $7,500 than take the matter to trial. Perhaps the defendants’ decision was done to save further legal expense and the costs of trying what were in fact exaggerated or meritless claims. Or, perhaps the claims were true and the defendants wanted to avoid being embarrassed at trial. This is the problem when cases resolve before trial–it is impossible to know the truth of what really happened.