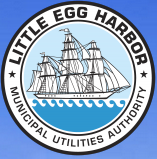 On January 7, 2016, the Little Egg Harbor (Ocean County) Municipal Utilities Authority (MUA) agreed to pay $140,000 to settle a female employee’s lawsuit claiming that the Authority’s executive director sexually harassed her.  $15,000 of the amount will come from the MUA while $125,000 will be paid by the MUA’s insurer.

In her complaint, Nicole Kelley, who worked for the MUA as a senior clerk, claimed that MUA Executive Director David Johnson subjected her to repeated instances of sexual harassment including stopping by her house after work hours and a separate incident where he allegedly approached her and her friends while he was “visibly intoxicated” in a local club.  In the latter event, Johnson reportedly confessed to Kelley “how he was unhappy with his marriage” and asked to be her”sugar daddy.”  After Kelley said that she rebuffed his advances, Johnson allegedly walked her out to the parking lot, “grabbed her and forcibly kissed her, sticking his tongue in her mouth.”

According to the MUA’s website, Johnson is not presently its executive director.  The meeting that was Johnson’s last was held on September 9, 2014, roughly four months before Kelley’s lawsuit was filed.  According to the minutes of that meeting, MUA Chairman Joseph Koptic presented Johnson with a plaque “in grateful appreciation for over 27 years of outstanding service, caring, and dedication” and told Johnson that he had “done a fine job and was the main thrust of the Authority” who brought it “to its great heights.”

None of Kelley’s allegations have been proven or disproven in court. Settlement agreements typically state that payment does not constitute an admission of wrongdoing by any of the defendants.  All that is known for sure is that Little Egg Harbor or its insurer, for whatever reason, decided that it would rather pay Kelley $140,000 than take the matter to trial. Perhaps the defendants’ decision was done to save further legal expense and the costs of trying what were in fact exaggerated or meritless claims. Or, perhaps the claims were true and the defendants wanted to avoid being embarrassed at trial. This is the problem when cases resolve before trial–it is impossible to know the truth of what really happened.