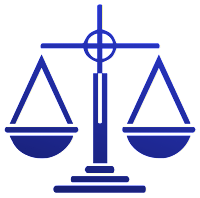 On March 1, 2016, the District XII Ethics Committee filed a formal complaint against a Union County attorney for losing “an album that consisted of [a woman’s] son’s pictures and special mementos” that the woman had given to the lawyer to help with a wrongful death lawsuit that the lawyer filed on her behalf.

According to the complaint, after Marie E. Edmond’s (also referred to as Maria E. Edmond) son, Brian Jean-Joseph, drowned in 2002 she hired attorney Robert A. Lord of Mountainside (Union County) to represent her in a wrongful death action against the owner of the lake–Sunset Lakes Community Club, Inc.–as well as other defendants.  Edmond was asked “to put together a collection of her son’s pictures and special mementos of him throughout his life, for the Court to see.”  The 2007 trial resulted in “a no cause of action to the primary defendant” (presumably Sunset Lakes) which  was affirmed by the Appellate Division in 2009.

Four years later–in June 2013–Edmond requested her son’s file and his pictures and mementos.  After some initial delay, Lord admitted that “the underlying case file has been lost and misplaced.”  In some correspondence leading up to the complaint Lord said that he felt “awful that the file is not in my office.”  In his formal answer to the complaint, Lord argued that losing a client’s file is “simple negligence” that does not support an ethics charge against him.  Lord also placed some blame on Edmond for waiting four years before asking for her son’s property.

Since 1995, attorney disciplinary hearings have been open to the public.  Anyone who is interested in being notified in advance of any hearings on this matter may complete and send a hearing request form to the District XII Ethics Committee in care of Secretary Michael F. Brandman via fax to 908-272-0525.