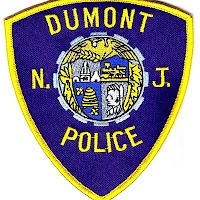 On May 17, 2016, the Borough of Dumont (Bergen County) entered into a Repayment Agreement under which it agreed to pay $65,580.57 of a $275,000 settlement to a police sergeant who sued the Borough for allegedly refusing to promote him because he was “antagonistic” toward Police Chief Joseph L. Faulborn while acting in his role as a police union official.

The lawsuit, which was provided by Borough Clerk Susan Connelly in response to an Open Public Records Act (OPRA) request, is missing several pages and attempts are being made to obtain those pages.  Once obtained, this article will be updated.  (Update: the full lawsuit has now been obtained) The available pages, however, show that Dumont Police Sergeant Joseph Rizza claimed to have at least once been unfairly passed over for promotion.  Rizza alleged that Faulborn refused to recommend him for promotion because Rizza was an active participant in the Policeman’s Benevolent Association Local 377 who was “‘antagonistic’ over the past ten years.”

According to the Repayment Agreement, the Municipal Excess Liability Fund paid Rizza the $275,000 settlement and the Borough will repay the Fund its $65,580.57 share in three annual installments of $21,860.19 each, plus interest.

None of lawsuit’s allegations have been proven or disproven in court.  Settlement agreements typically state that payment does not constitute an admission of wrongdoing by any of the defendants.  All that is known for sure is that Dumont or its insurer, for whatever reason, decided that it would rather pay Rizza $275,000 than take the matter to trial. Perhaps the defendants’ decision was done to save further legal expense and the costs of trying what were in fact exaggerated or meritless claims. Or, perhaps the claims were true and the defendants wanted to avoid being embarrassed at trial. This is the problem when cases resolve before trial–it is impossible to know the truth of what really happened.