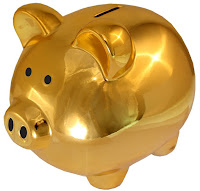 Had Fairfield Township been compliant with its insurer’s “Plan of Risk Management” requirements at the time of the acts that led to former Mayor Michael Sharp’s lawsuit, a $20,000–rather than a $100,000–deductible would have applied.  With the lower deductible, Fairfield taxpayers would have paid $31,000 (i.e. $20,000 plus 20% coinsurance on the remaining $55,000) toward the Sharp settlement rather than shouldering the entire $75,000.

As I wrote in an August 30, 2015 article, Fairfield (along with Elk and Upper Pittsgrove) were penalized by the Municipal Excess Liability Fund (MEL) with a higher deductible and larger coinsurance requirement due to the Township’s failure have current policies on the books governing matters such as sexual harassment, employee complaint investigations and conflicts of interest and for not making claim-avoidance training available for Township officials and employees.

As shown by the Township Committee’s March 15, 2016 closed meeting minutes, the Township taxpayers had to shoulder the entire $75,000 settlement because of the $100,000 deductible and Robert A. Baxter, the Township’s lawyer, warned that if the Township didn’t settle, the amount could have “turn[ed] into $100,000 dollars or more.”

While the wisdom of the Township’s decision to settle for $75,000 is debatable, Mayor Byrd’s and the Committee’s need to get in the insurance carrier’s good graces and lower the Township’s $100,000 deductible to $20,000 is a no-brainer.

I wrote to the Township about this issue on August 31, 2015.  The last time I checked with the Township’s insurer on January 5, 2016,  I learned that Paul Forlenza, the Trico JIF’s Deputy Executive Director, “has had several telephone conversations with Fairfield’s Solicitor, John Carr, in regards to the necessary steps to bring Fairfield into compliance with the MEL’s Program.”  But, as of June 7, 2016, Fairfield still is being penalized with the $100,000 deductible and more costly coinsurance requirements.