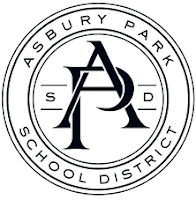 On or about July 6, 2016, the Asbury Park Board of Education (Monmouth County) quietly paid $50,000 to settle a lawsuit filed by former female employee who said that she was discriminated against and ultimately terminated due to her pregnancy.

In her suit, Denine Hasan, a former Jobs for America’s Graduates (JAG) Specialist for the Asbury Park High School, said that she received positive performance reviews until she reported to school officials that she was pregnant.  After that disclosure, Hasan said that she started receiving “critical e-mails” regarding the JAG’s budget from Assistant Guidance Director Colleen White who served as the JAG coordinator.  White also allegedly assigned Hasan to the district’s Alternative School in addition to the High School.  The Alternative School had many students who “had previously been removed from the High School for disciplinary/behavioral issues,” according to filed papers.

After determining that her pregnancy was “high risk,” Hasan’s doctor wrote a notice to school officials asking that Hasan be “transferred out of the Alternative School because its large concentration of students with behavioral and disciplinary issues posed an increase risk to her already ‘high risk’ pregnancy.”  Hasan said that she had previously lost four children due to miscarriages.  School officials allegedly denied her request but did agree that her office should be located on the first floor of her assigned building.

Hasan said that when she arrived to work at the beginning of the 2012-13 term, “the District failed to provide her with an office or a computer.”  She further claimed that White and Principal Reginald Mirthil began to issue her undeserved reprimands while treating other employees differently.  She said that a complaint she filed with Walter Barrett, the District’s Affirmative Action officer, was not investigated.  Hasan said that during her maternity leave she received notification that her contract would not be renewed.

None of Hasan’s allegations have been proven or disproven in court. Settlement agreements typically state that payment does not constitute an admission of wrongdoing by any of the defendants.  All that is known for sure is that the Asbury Park school district or its insurer, for whatever reason, decided that it would rather pay Hasan $50,000 than take the matter to trial. Perhaps the defendants’ decision to settle was done to save further legal expense and the costs of trying what were in fact exaggerated or meritless claims. Or, perhaps the claims were true and the defendants wanted to avoid being embarrassed at trial. This is the problem when cases settle before trial–it is impossible to know the truth of what really happened.