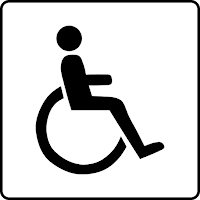 I have two questions: First, is it reasonable to expect the Trustees and staff of the Police and Firemen’s Retirement System (PFRS) Board to make themselves aware of pension applicants’ criminal histories before rendering decisions on their pension applications?  Second, how can a January 24, 2007 automobile accident that allegedly rendered a police officer “totally and permanently disabled on an orthopedic basis” be a plausible basis for a disability retirement pension application when the officer remained on the job until January 10, 2014?

According to the minutes of the Board’s May 2, 2016 meeting, on November 3, 2012 former Newark Police Officer Ugo Bellomo (the brother-in-law of former Newark Police Director Samuel DeMaio)  reportedly “pointed his service weapon at or in the direction of another driver who cut him off on Route 24 near the Short Hills Mall.”  He was indicted for aggravated assault on March 15, 2013 and the first news report that I can find about the matter was a May 26, 2013 Star Ledger article that noted public criticism of Newark’s decision to keep Bellomo on the job, despite his indictment, until January 10, 2014–ten days after his requested retirement date of January 1, 2014.  Subsequent news reports were published on January 10, 2014 and January 13, 2014.

Yet, the PFRS minutes report that as of October 16, 2014, when the PFRS Board considered (and denied) Bellomo’s September 30, 2013 application, the Board’s Trustees “were unaware of criminal charges levied against him, and unaware that he forfeited his employment with Newark as a condition of dismissing the criminal matter and entry into PTI.” A simple Google search on Bellomo’s name would have disclosed the three newspaper articles.

Also confusing is Bellomo’s claim for Accidental Disability retirement benefits was based on a January 24, 2007 automobile accident that allegedly left him permanently disabled despite the fact that he continued to work for the Newark until January 10, 2014.  While I am certainly no employment or pension expert, it seems to me that “total and permanent disability” is something that would be immediately apparent and, at the very least, wouldn’t take more than five years to claim.