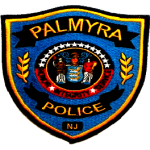 According to a police officer’s June 2, 2014 lawsuit, Palmyra Borough’s (Burlington County) decision to demote him from sergeant to patrolman and suspend him without pay for 200 hours “was against the weight of the evidence” and “excessive.”  On May 21, 2015, Palmyra settled with the officer and at its February 8, 2016 meeting the Police and Firemen’s Retirement System (PFRS) Board granted the patrolman Ordinary Disability retirement benefits after finding that he was “totally and permanently disabled from performing his regular and assigned duties.”

According to the hearing officer’s report attached to Patrolman Robert Brown’s lawsuit, Brown was disciplined for having “incorrectly read the Domestic Violence Central Registry” causing a man who had not been served with a temporary restraining order to be arrested and jailed overnight.  According to a Preliminary Notice of Disciplinary Action appended to Brown’s lawsuit, “supervisors are expected to possess the basic skills necessary to read and understand whether a restraining order has been served from the information contained in the Domestic Violence Central Registry.”  According to the hearing officer’s report, Brown “actively took steps to try to cover his misconduct up” by trying to get a subordinate to alter his report.  The hearing officer noted, however, that while Brown was not charged with engaging in an attempted cover-up, the allegation was still “relevant to the discussion surrounding the appropriate discipline.”

In its settlement agreement with Brown, Palmyra allowed him “involuntary retirement effective August 1, 2015” and agreed to pay him $8,809.76 for “371.25 hours of accrued but unused sick leave at 60% of Patrolman Brown’s final salary.”  The Borough also agreed to provide him with regular health benefits through July 31, 2015 and retiree health benefits for him and his spouse starting on August 1, 2015.  The settlement also called upon both Brown and Palmyra to work together “to effectuate Patrolman Brown’s involuntary retirement effective August 1, 2015.”

According to the PFRS Board’s February 6, 2016 meeting minutes, Brown, who had 23 years 8 months of public service, with 13 of those years in Palmyra, “voted not to impose any forfeiture of pension benefits” because Brown’s demotion and suspension constituted sufficient punishment.  The Board voted to approve his disability retirement benefits retroactive to August 1, 2015.