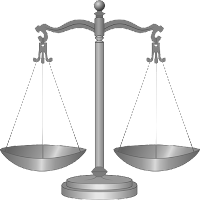 On July 25, 2016, the District VIII Ethics Committee filed a formal complaint alleging that a Woodbridge attorney dragged his feet and was grossly negligent in the handling his client’s medical malpractice claim.

The complaint–District VIII Ethics Committee v. Ronald Wm. Spevack, Esq., Docket No. VIII-2015-0053–alleges that Ronald Wm. Spevack, who began practicing law in 1964, did not diligently pursue client Charles Logan’s medical malpractice claim.  According to the complaint, Logan suffered an alleged instance of malpractice on September 9, 2013 and consulted Spevack about the matter on June 17, 2014.  Spevack recommended that a medical expert–Wendy Weiss of Second Opinion–review Logan’s file and Logan paid Second Opinion $1,350 as a retainer for that service.  Spevack reportedly sent Weiss “a portion of [Logan’s] medical records and a Wikipedia article” which Weiss, in a July 8, 2014 letter, said were “insufficient” and told Spevack that she needed “complete certified records of Mr. Logan’s” September 9, 2013 medical procedure in order to properly evaluate the matter.

According to the ethics complaint, Spevack did nothing further on the case (except issue two unanswered subpoenas to Robert Wood Johnson hospital) until July of 2015 when Logan visited his office and asked for the status of his case.  A week later, Spevack wrote Logan a letter declining to take the case because “the issues of [the doctor’s] deviation and negligence are not clear.”  But, the ethics complaint noted that at the time Spevack told Logan that the doctor’s negligence was unclear, he had yet “provided a full set of medical records for Second Opinion to review” resulting in Spevack apparently having no basis for his statement.

Since the September 8, 2015 deadline for filing the lawsuit was soon approaching, Logan allegedly threatened Spevack with an ethics grievance if he did not file a lawsuit.  Spevack reportedly filed the lawsuit, but listed Logan as a pro se (i.e. appearing without an attorney).  Logan, upon learning that he would need to engage the court and his adversaries without a lawyer, told Spevack “that he would not be able to proceed on that basis.”

In mid-October 2015, Weiss, who had finally secured the medical records she needed, found that there was “no foundation for the case.”  Logan’s lawsuit was eventually dismissed for his failure to file affidavits of merit and to abide by the Tort Claims Act.

In his answer, Spevack claimed that he diligently attempted to get Logan’s medical records from Robert Wood Johnson hospital and even paid the hospital’s $215 bill for disclosure of the records.  Despite this and several phone calls, the hospital did not promptly release the records.  He also claimed that his pro se filing protected Mr. Logan from losing his right to sue and gave him several more months to secure an affidavit of merit so that the case could continue.  And, since the case was ultimately found to not be viable, Logan suffered no loss even if Spevack’s manner of handling the case was subpar.

This is only a summary of the complaint and answer and readers who want more information and context are directed to the filed documents which are on-line at the link above. None of the allegations against Spevack have been proven. The charges will be tried before an ethics panel and the burden is on the ethics authorities to prove their allegations.

Since 1995, attorney disciplinary hearings have been open to the public.  Anyone who is interested in being notified in advance of any hearings on this matter may complete and send a hearing request form to District VIII Ethics Committee Secretary Barry J. Muller via fax to 609-896-1469.