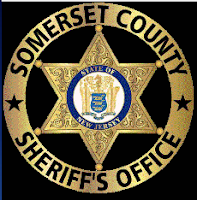 On September 21, 2016, the parents of a South Bound Brook man who committed suicide while incarcerated at the Somerset County Jail agreed to accept $699,000 to settle their lawsuit against County.  The parents had claimed that despite jail officials having been warned of the 33-year-old man’s suicidal tendencies, no action was taken to prevent the man from hanging himself with his shoelaces on December 13, 2012.

The lawsuit was brought by Daniel J. and Emily-Jo Klein of Clifton on behalf of their son Daniel J. Klein, III.  According to a June 8, 2015 newspaper article, “Family blames Somerset County Jail after inmate hangs himself with shoelace,” Klein was incarcerated after having been arrested for drunk driving on December 11, 2012.  According to the lawsuit, Klein had made several past suicide attempts and his girlfriend had called jail officials to warn them of these attempts.  He was found alive on December 13, 2012 with shoelaces around his neck.  The lawsuit said that Klein was “eventually” transported to Robert Wood Johnson University Hospital which is “not the closest medical center to the jail.”  He died seven days later on December 20, 2012.

The case is captioned Estate of Klein v. O’Neill, et al, Federal Case No. 3:14-cv-03361 and the Estate’s attorney was Edward P. Capozzi of Roseland. Case documents are on-line here.

None of lawsuit’s allegations have been proven or disproven in court.  Settlement agreements typically state that payment does not constitute an admission of wrongdoing by any of the defendants.  All that is known for sure is that Somerset County or its insurer, for whatever reason, decided that it would rather pay the Estate $699,000 than take the matter to trial. Perhaps the defendants’ decision was done to save further legal expense and the costs of trying what were in fact exaggerated or meritless claims. Or, perhaps the claims were true and the defendants wanted to avoid being embarrassed at trial. This is the problem when cases resolve before trial–it is impossible to know the truth of what really happened.