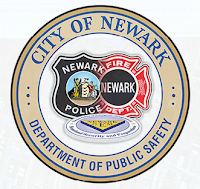 On November 2, 2016, the City of Newark (Essex County) agreed to pay $80,000 to settle a Garfield woman’s lawsuit that claimed that Newark Police found her son’s body on November 23, 2007 but refused her attempts to file two missing person reports in December 2007 and failed to notify her that her son was deceased.  The woman claimed that she was not informed of her son’s death until the New York Police Department reported it to her in January 2012, which was well after her son’s body was buried in a mass grave.

In her lawsuit, Zdenka Simkova said that the body of her son, Michael Simkova, was found by Newark police on November 23, 2007 and was positively identified by fingerprints on November 27, 2007.  She claimed that although Newark police officials knew that Michael was deceased, they rebuffed her December 1, 2007 and December 9, 2007 attempts to file a missing persons report.  According to Mrs. Simkova, Newark police told her both times that they had recently seen her son alive.  She said that the Newark police refused to let her post flyers in the Pennsylvania Station seeking the public’s help in locating her son. By the time she finally learned of her son’s death more than four years later, he had already been buried in a mass grave as an indigent.

None of lawsuit’s allegations have been proven or disproven in court.  Settlement agreements typically state that payment does not constitute an admission of wrongdoing by any of the defendants.  All that is known for sure is that Newark or its insurer, for whatever reason, decided that it would rather pay Simkova $80,000 than take the matter to trial. Perhaps the defendants’ decision was done to save further legal expense and the costs of trying what were in fact exaggerated or meritless claims. Or, perhaps the claims were true and the defendants wanted to avoid being embarrassed at trial. This is the problem when cases resolve before trial–it is impossible to know the truth of what really happened.