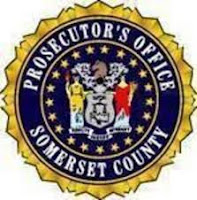 On February 8, 2017, a two-judge Appellate Division panel upheld a trial judge’s decision to suppress 21 bricks of heroin found in man’s BMW because law enforcement officers improperly obtained his consent to search the vehicle.

According to the decision in State v. Johnny Jones, Docket No. A-0151-16T4, a confidential informant working with the Somerset County Prosecutor’s Office’s Organized Crime and Narcotics Task arranged in October 2015 to meet Jones in the Blue Star Shopping Center parking lot to purchase a large quantity of heroin.  When Jones arrived in his maroon BMW, he was removed from his vehicle, handcuffed and placed on the ground by hooded Task Force members with their weapons drawn.  According to law enforcement’s version of events, Jones gave verbal consent to a request to search his vehicle after he was told that if he refused to give consent, “there was a possibility that a drug-detecting dog would be brought and a search warrant might be sought.”

Jones, however, testified that he “shook his head back and forth indicating his refusal” of the request to search his car.  He said that after officers said they’d “get the dogs” or “call the judge this time of night. Get a search warrant . . . we’ll be here all night,” he decided to consent to the search to keep his girlfriend’s car from being damaged by the dogs and the search.  Jones said that Task Force members did not advise him of his right to refuse consent and that he didn’t sign the consent to search form until it was presented to him at the prosecutor’s office.

The trial judge, Kathy C. Qasim, found in her July 28, 2016 written decision, that while police had a valid reason to stop Jones’ vehicle, their decision to immediately arrest him lacked probable cause.  The judge also ruled that the decision by police to aggressively confront and arrest Jones “engendered fear” and indicated that the consent to search was “coerced.”  Since Jones’ consent was not voluntarily given, the trial judge suppressed the heroin that was the fruit of the search.  (Interestingly, Judge Qasim found on page 12 of her decision that Detective Senel’s (presumably Detective Selim Senel’s) “assertion that there was information received regarding [Jones] in possession of a gun and was dangerous, to be lacking in credibility.”)

The Appellate panel affirmed the trial judge’s ruling finding that the ruling was amply supported by the record.