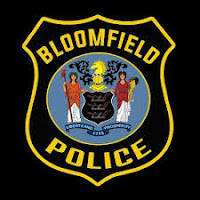 On November 17, 2015, the Township of Bloomfield (Essex County) agreed to pay $243,250 to a man who said that two township police officers assaulted him and that his ear “was practically ripped from his head.”

In his complaint, Rodolfo Crespo said that after he was arrested after a March 5, 2013 traffic accident, he was assaulted at police headquarters by officers Orlando Trinidad and Jennifer P. Horn.  According to the complaint, Trinidad, in response to Crespo’s request for assistance making a phone call, grabbed Crespo by the throat, threw him on the floor and placed his knee in the small of Crespo’s back while he and Horn took turns punching him.  Crespo said that he suffered “head trauma, contusions and a right ear hematoma with a posterior laceration and cartilaginous disruption.”  He also claimed to have a “thoracic spine fracture” and said that “his right ear . . . had to be sewn back on.”

Crespo claimed that his was not an isolated case but part of a pervasive pattern of Bloomfield police applying excessive force.  A September 30, 2014 news report on Crespo’s lawsuit referenced another lawsuit filed against Trinidad that arose out of an incident that resulted in official misconduct and other charges being filed against Trinidad and Officer Sean Courter.  A February 23, 2016 news article reported that both Trinidad and Courter were sentenced to five years in prison.  According to an April 10, 2015 article, Horn was promoted to detective.

None of Crespo’s allegations have been proven or disproven in court. Settlement agreements typically state that payment does not constitute an admission of wrongdoing by any of the defendants.  All that is known for sure is that Bloomfield or its insurer, for whatever reason, decided that it would rather pay Crespo $243,250 than take the matter to trial. Perhaps the defendants’ decision was done to save further legal expense and the costs of trying what were in fact exaggerated or meritless claims. Or, perhaps the claims were true and the defendants wanted to avoid being embarrassed at trial. This is the problem when cases resolve before trial–it is impossible to know the truth of what really happened.