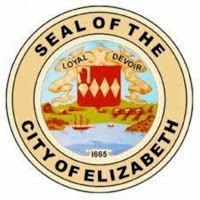 On October 25, 2016, the City of Elizabeth (Union County) agreed to to pay $50,000 to settle a lawsuit filed by two local residents and one of the resident’s son that claimed that police falsely arrested and inflicted excessive force upon them during a motor vehicle stop.

In their suit, Sojay Mojica, Jean Precois and Precois’ son Antonio Mojica claimed that on November 1, 2012 they were at a convenience store seeking to buy a container of gas.  After learning that the store was out of containers, Precois said he asked Elizabeth Officers William J. DiLollo and Louis P. Demondo for information and that a altercation broke out between Pecois and the two officers.  Precois claimed that after driving away from the altercation, his vehicle was later stopped by DiLollo and Demondo as well as officers with surnames Croban and Blanco.  The trio claimed that they were arrested when they ought to have issued a summons and that the officers used excessive force against them.

According to the settlements, Antonio Mojica and Sojay Mojica received $10,000 each and Jean Precois received $30,000.

None of the trio’s allegations have been proven or disproven in court and settlement, without more, does not constitute an admission of wrongdoing by Elizabeth or any of its officials. All that is known for sure is that Elizabeth or its insurer, for whatever reason, decided that it would rather pay the trio $50,000 than take the matter to trial. Perhaps the defendants’ decision to settle was done to save further legal expense and the costs of trying what were in fact exaggerated or meritless claims. Or, perhaps the claims were true and the defendants wanted to avoid being embarrassed at trial. This is the problem when cases settle before trial–it is impossible to know the truth of what really happened.