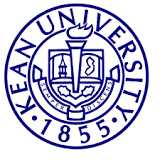 On December 15, 2016, Kean University agreed to pay $375,000 to a 55-year old male employee who said he was let go because his supervisor wanted “new blood in the department.”

In his suit, William DeGarcia, a 30-year employee of Kean University, claimed that he was not selected as Director of Kean’s Educational Opportunity Center (EOC).  DeGarcia claimed that even though he had served as the EOC’s interim director during the period when the EOC received praise from both Governor Chris Christie and Senator Robert Menendez, the Director position was given to employee named Rosa Perez who was under forty and had no prior executive experience.  DeGarcia said that his was only one example of pattern of age discrimination by Kean University.

The case is captioned DeGarcia v. Kean University, Union County Superior Court Docket No. UNN-L-1303-14 and DeGarcia’s attorneys were Andrew M. Moskowitz of Springfield.  The complaint and settlement agreement are on-line here.  (Note: The settlement may not be the final version.  According to a January 3, 2017 letter from Kean’s attorney, which is included at the link above, there was a dispute over the effect the settlement might have on Mr. DeGarcia’s pension benefits. All other aspects of the agreement, however, appear to be agreed to by both parties.)

None of DeGarcia’s allegations have been proven or disproven in court. The settlement agreement resolution expressly states that the $375,000 payment does not constitute an admission of wrongdoing by Kean or any of its officials. All that is known for sure is that Kean or its insurer, for whatever reason, decided that it would rather pay DeGarcia $375,000 than take the matter to trial. Perhaps the defendants’ decision to settle was done to save further legal expense and the costs of trying what were in fact exaggerated or meritless claims. Or, perhaps the claims were true and the defendants wanted to avoid being embarrassed at trial. This is the problem when cases settle before trial–it is impossible to know the truth of what really happened.