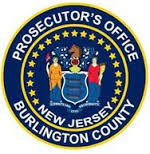 Drummond rejected Mansfield’s assertion that the tax compliance plan was eligible for private discussion because it related to “Litigation/Potential Litigation.”  “The implementation of a tax compliance plan is not one of the enumerated subjects that a public body can discuss in executive session to the exclusion of the general public,” he wrote.  “I conclude that the Committee violated the OPMA when it did so. . . [T]he mere fact that this Compliance Plan could potentially result in litigation at some unspecified point in the future does not warrant a contrary conclusion.”

Drummond conceded that he “would be hard pressed to demonstrate to a court of competent jurisdiction that the Committee knowingly violated the OPMA.”  Thus, instead of attempting to fine the Township Committee members, he opted to call on the Committee to do better in the future. “Educating public officials who may have mistakenly violated the provisions of the statute is far more effective than the imposition of nominal fines,” Drummond wrote.