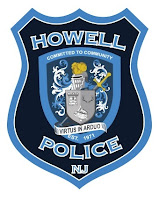 Yesterday, I wrote about Howell Township (Monmouth County) Manager Jeff Mayfield’s warning to Township employees regarding three “freelance journalists” who he said wanted “to instigate public employees to take actions that are illegal with the hopes of being able to file a lawsuit.”  Comments on my Facebook page alerted me to a federal civil rights lawsuit that the three recently citizens filed against Mayfield and other Howell officials.

In their lawsuit, filed by Lawrenceville attorney Anthony R. Fiore, Jr, Steven Wronko, Collene Wronko and Jennifer Coombs claim a) that Howell Police Chief Andrew Kudrick distributed a December 12, 2016 memo incorrectly instructing officers to arrest for Obstruction motorists who refuse to provide their licenses, registrations and insurance cards during motor vehicle stops (according to the complaint, an Obstruction charge requires more than simply refusing to produce credentials); b) Kudrick sent the same memo to all other police chiefs in Monmouth County to encourage them to have their officers “arrest motorists who do nothing more than refuse to provide their credentials contrary to well defined law in New Jersey;” c) Kudrick sent an e-mail to all other county police chiefs inquiring whether they received the same OPRA request that Steven Wronko sent to Howell and d) Howell Police Captain John Storrow “illegally accessed the New Jersey Motor Vehicle Online Access to Motor Vehicle Records database and retrieved information related to Plaintiffs, Steven Wronko, Collene Wronko and Jennifer Coombs.”

The suit goes on to allege that Mayfield, Kudrick and Storrow constructed a poster consisting of photos and other data concerning the Wronkos and Coombs that Storrow took from the DMV’s database and placed it behind the counter at the Howell Township Clerk’s office.  The suit claims that the poster was made to look like a “Wanted” poster and was was placed in a public place so that public could view the trio’s photos and personal information.

The lawsuit contains only allegations–nothing has yet been proven.  Howell and its officials will have an opportunity to contest the allegations and have them tried before a jury.