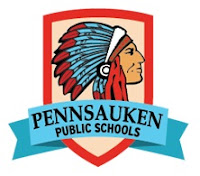 On February 2, 2017,  a former principal of Pennsauken (Camden County) High School withdrew a racial discrimination complaint she filed in 2015 with the New Jersey Division on Civil Rights (NJDCR) because she “decided to pursue this matter in the Superior Court of New Jersey.”

Matthews claimed that James Chapman, the then interim superintendent, told her that he did not have to give her a reason for the demotion.  But, Matthews’ complaint alleges that Chapman explained to the teacher’s union president that he was an “old, white male.”  The complaint says that Chapman wanted to replace Matthews with Vice Principal Rich Bonkowski who the complaint characterizes as “a less qualified, Caucasian individual.”

The Board’s website, as of the date of this writing, does not list Matthews as a school principal.  It does, however, show Bonkowski as the principal of the district’s intermediate school.

A check of the Superior Court docket does not show that Matthews has yet filed her lawsuit.

None of Matthews’ allegations have been proven.  If she does file her lawsuit, Pennsauken school officials will have an opportunity to require her to prove her allegations to a jury.