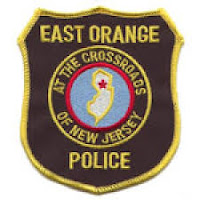 In a July 16, 2017 decision, the New Jersey Superior Court, Appellate Division, affirmed an Essex County trial judge’s ruling that the City of East Orange is not responsible for paying a $300,000 verdict a woman obtained against two city police officers in 2009.

Esmay Parchment, then 62, had claimed that the two officers, William Flood and Kim Johnson, had barged into her home in February 2001 when she answered her door wrapped only in a towel. According to February 4, 2012 Star Ledger article, when Parchment wasn’t quick enough to answer the officers’ questions, they allegedly slapped and kicked her “even after the towel fell away and she lay naked on her kitchen floor.”

The appeals court, as well as the trial court, found that the City had decided to “go bare” by electing not to purchase insurance or participate in a joint insurance fund.  Both courts found that the City’s decision to defend the officers in court did not force it to indemnify those officers if a judgment was entered against them.  Also, the Star Ledger article quotes an assistant city attorney as saying that “the city has no obligation to pay the settlement because the officers were found individually liable.”