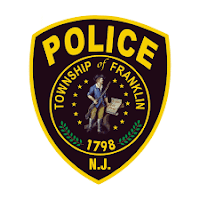 On April 14, 2017, the Township of Franklin (Somerset County) paid $6,000 to settle a lawsuit filed by a woman who claimed that Township police subjected her to excessive force and then illegally seized her rental car in retaliation for her having filed an Internal Affairs complaint.

In her complaint, Rozia K. Mosley, who described herself as “a member of several protected classes in that she is handicapped and suffers from serious medical conditions” (surgical implantation of a titanium spinal cage around a portion of her spinal column) and as “a woman of African American descent,” said that on March 8, 2015 she returned to a Somerset Street convenience store to retrieve some cigarettes that she had purchased a little while earlier . . . that were inadvertently not given to her at the time of purchase.”  She claimed that the store owner, Shadesh Patel, who was not the person who sold her the cigarettes earlier, “failed to believe [her] and became disgruntled and called 911.”

In response to the 911 call, Corporal Daniel McNamara and Officers Lila Madama, Michael Opaleski and Kenneth Reid arrived at the scene.  According to the complaint, Madama and McNamara “violently shoved” Mosley causing her to fall to the floor, lose consciousness and experience “uncontrollable muscle spasms.”  Madama and McNamara then allegedly handcuffed Mosley tightly behind her back and “dragged her out of the store with her arms behind her back and her feet dragging behind her.”

Opaleski and Reid then allegedly “threw her into [a patrol car] so that she landed on her back on top of her handcuffed arms, wrists and hands” while all four officers stood outside the vehicle, laughed at her and told her to “stop faking seizures and that nothing was wrong with her.”  The officers allegedly ridiculed her for 45 minutes before calling for an ambulance.

Mosley said that she filed an Internal Affairs complaint against the four officers on March 31, 2015 and that on April 1, 2015, out of retaliation, Lieutenant Gregory Borlan and two other unnamed Caucasian officers seized her rental car, placed her in the back of a police car and drove her home.  She claimed that she gave Borlan keys to the rental car when he and other officers intimidated her by surrounding her when she was leaving the municipal court room and blocking her ability to walk away from the area.  Mosley claimed that police did not return the rental car to the rental car company until 14 days later, causing her to receive “a bill for usage of the vehicle by others not authorized to use same and damage to the vehicle and a bill for highway tolls.”  She claimed that her Internal Affairs complaint and an aggravated assault charge against McNamara were not acted upon.

The case is captioned Mosley, v. Township of Franklin, et al, Federal Case No. 3:16-cv-00790 and Mosley’s attorneys were Christopher C. Roberts of East Orange and Frederick Coles, III of Warren.  The complaint and and the settlement are on-line here.

The release identifies Borlan, McNamara, Madama, Opaleski and Reid as “non-settling defendants.”  The release does not benefit Patel, the convenience store owner, who Mosley named as a defendant in the suit because he allegedly “aided and abetted discriminatory conduct toward her” and for calling her a “f*cking dumb black b*tch” and other profanities and racial slurs during her March 8, 2015 visit to his convenience store.  It is unknown how Mosley’s lawsuit resolved against Patel although the court docket indicates that a default was entered against him on May 16, 2016 “for failure to plead or otherwise defend.”

None of the Mosley’ allegations have been proven or disproven in court. Settlement agreements typically state that payment does not constitute an admission of wrongdoing by any of the defendants.  All that is known for sure is that Franklin or its insurer, for whatever reason, decided that it would rather pay Mosley $6,000 than take the matter to trial. Perhaps the defendants’ decision was done to save further legal expense and the costs of trying what were in fact exaggerated or meritless claims. Or, perhaps the claims were true and the defendants wanted to avoid being embarrassed at trial. This is the problem when cases resolve before trial–it is impossible to know the truth of what really happened.