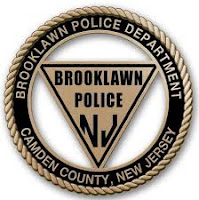 On June 9, 2017, the Boroughs of Brooklawn and Bellmawr (Camden County) jointly agreed to quietly pay out $275,000 to settle a lawsuit brought by the family of a man who was fatally shot by police in 2012.

The lawsuit was brought by Deborah Wilson on behalf of her brother Michael Wood’s estate.  The suit claimed that Wood called 911 on April 26, 2012 after having become intoxicated and very depressed at his brother’s Bellmawr apartment.

According to the lawsuit, police forced their way into the apartment
and fatally shot Wood as he emerged from a bedroom while possibly carrying a knife.  A December 20, 2016 Opinion written by United States District Judge Joseph H. Rodriguez, however, provides more detail and context to the event. 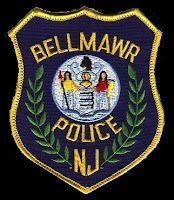 According to Judge Rodriguez’s opinion, Brooklawn Officer Charles Holland and Bellmawr Sergeant Jeffrey Vance were the first to arrive at the apartment in response to Wood’s 911 call.  While they were outside the door attempting to make entry, they heard police dispatchers over the radio attempt to dial the number from which the 911 call originated.  The calls, which went straight to voicemail, indicated that that Michael Wood, or his brother Chris Wood, was unable to answer because he was deceased.

Vance and Holland, joined by Bellmawr Officers Christopher Cummings and Chris Wilhelm, forced the door, announced their presence and ascended a staircase with guns drawn.  They encountered Christopher Wood at the top of the stairs and handcuffed him without incident.  Michael Wood then called out from a back room, “It’s not him you want, you’re here for me.”

While Cummings and Wilhelm took Christopher outside, Vance and Holland moved further into the apartment.  Holland saw Michael Wood through an open bedroom door sitting “Indian-style” on the floor holding a large knife and “twisting it into his upper thigh area.”

Holland and Vance had testified that they spoke with Michael Wood for about five minutes in an attempt to get him to surrender his knives.  Vance described Wood’s demeanor as “calm” while Holland said that he was “agitated.”  When Wood closed the bedroom door, police interpreted it as a “barricade situation” and called in a SWAT team.

While waiting for the SWAT team to arrive, police brought Chris back into the apartment to help talk Michael into surrendering.  According to Judge Rodriguez’s opinion, it appears that Chris became antagonistic by calling Michael names and telling him “look at that cop he’s pointing a gun at you. He’s gonna f*cking kill you.”  Michael reportedly told Chris to shut up and that “I just want to say goodbye.”

A couple of minutes later, Michael reportedly opened the door while carrying the 14-inch knife vertically, with the blade pointing up.  According to Holland, he fired two fatal shots when Wood raised the knife to shoulder height and “pivoted toward Sergeant Vance.”  Vance, however, said that the arm with which Wood held the knife was in a downward position and that Wood never turned toward him but remained facing Holland.

The case is captioned Estate of Wood, v. Borough of Bellmawr, et al, Federal Case No. 1:13-cv-0543 and the Estate’s attorney was Robert J. Hensler of Collingswood. The complaint and and the settlement are on-line here.

None of Wood’s estate’s allegations have been proven or disproven in court. Settlement agreements typically state that payment does not constitute an admission of wrongdoing by any of the defendants.  All that is known for sure is that Brooklawn and Bellmawr or their insurer, for whatever reason, decided that it would rather pay Wood’s estate $275,000 than take the matter to trial. Perhaps the defendants’ decision was done to save further legal expense and the costs of trying what were in fact exaggerated or meritless claims. Or, perhaps the claims were true and the defendants wanted to avoid being embarrassed at trial. This is the problem when cases resolve before trial–it is impossible to know the truth of what really happened.