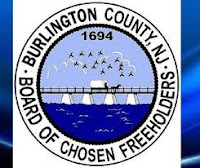 On May 26, 2017, the County of Burlington quietly agreed to pay $10,000 to nurse at the County Correctional Center who claimed that a male employee “grinded his pelvic region into [her] behind” and then other employees created a hostile work environment for her after she reported the incident to police.

In her complaint, Adrian Rodriquez, who worked for Corizon Health of New Jersey, LLC (Corizon is apparently a private contractor who provides health related services to the Burlington County Corrections Department) said that Officer Markey Hayes came up behind her, picked her up and put her back on the ground.  While doing so, Hayes allegedly “grinded his pelvic region into [her] behind” such that she could “feel Officer Hayes’ erect penis.”  Hayes allegedly rubbed his penis against her again on March 17, 2012.

Rodriquez said that she reported Hayes to the police and to her supervisors.  After making these reports, Rodriquez claimed that other employees became hostile and told her that she was no longer trusted as a nurse.  She claimed that other officers would taunt her by telling her “yo babe, I’m taking my clothes off for you, can you see me?”  She said that the stress from the hostility caused her to seek medical treatment and made it difficult for her to sleep and eat.  She said that the treatment she received forced her to resign on September 13, 2012.

None of the the lawsuit’s allegations have been proven or disproven in court. Settlement agreements typically state that payment does not constitute an admission of wrongdoing by any of the defendants.  All that is known for sure is that Burlington or its insurer, for whatever reason, decided that it would rather pay Rodriquez $10,000 than take the matter to trial. Perhaps the defendants’ decision was done to save further legal expense and the costs of trying what were in fact exaggerated or meritless claims. Or, perhaps the claims were true and the defendants wanted to avoid being embarrassed at trial. This is the problem when cases resolve before trial–it is impossible to know the truth of what really happened.