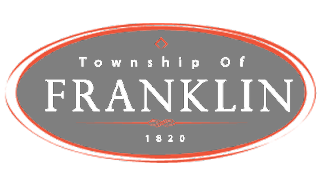 In a September 22, 2017 letter, the New Jersey attorney ethics system’s Disciplinary Review Board (DRB) informed the New Jersey Supreme Court that the Board had granted a motion to reprimand an attorney who served as a judge of the Franklin Township (Gloucester County) Municipal Court and as Municipal Prosecutor for the Cumberland Salem Municipal Court while she was ineligible to practice law.  The disciplined attorney, who consented to the reprimand, no longer serves in either of those positions–she currently serves as Franklin Township’s Administrator.  (Update 10/14/17: According to the Township’s October 13, 2017 response to an OPRA request, Nancy Kennedy Brent currently holds two positions with Franklin Township: Township Administrator for which she receives $66,666.67 annually and Director of the Department of Law for which she receives $32,500 annually.)

The DRB’s decision arose out of my April 3, 2015 grievance against Nancy Kennedy Brent.  I filed my grievance after learning that Brent prosecuted cases before the Cumberland Salem Municipal Court in November 2013 even though she was then ineligible to practice law for failing to comply with Interest on Lawyers Trust Accounts (IOLTA) requirements.  According to a March 31, 2015 letter from the IOLTA Fund, Brent was ordered ineligible to practice law from November 4, 2013 to January 30, 2014 because she failed to submit “the proper IOLTA registration form” in a timely manner.

The DRB, however, found that Brent was illegible to practice law for time spans greater than those reflected in the Fund’s March 31, 2015 letter.  The DRB found that Brent was ineligible to practice law from November 5, 2008 to May 29, 2009 and from October 21, 2011 to January 30, 2014 for IOLTA compliance issues.  During some of those periods of ineligibility, Brent served as either Municipal Prosecutor for the Cumberland Salem Municipal Court (between at least January 3, 2013 and January 30, 2014) or Judge of the Franklin Township Municipal Court (between August 10, 2011 and December 2011).

The DRB also found that apart from periods of ineligibility arising out of IOLTA deficiencies, Brent was also ineligible to practice law for four days in August 2014 because she failed to register with the Client Protection Fund and for two days in November 2014 for not complying with her continuing education responsibilities.

Brent maintained that she did not knowingly practice law while ineligible. Disciplinary officials found that, in dealing with the Client Protection Fund, Brent “was fully aware of her obligations but frequently waited past the deadline and submitted payment at a point she estimated would be immediately before the Court would issue an ineligibility order” and that she had “delegated the management of IOLTA and attorney registration to others.”

In its letter to the Supreme Court, the DRB acknowledged that Brent had no prior disciplinary history, took full responsibility for actions and fully cooperated with disciplinary officials.  The DRB also found that Brent had medical issues during the periods under review and lacked sufficient funds to pay the fees necessary to stay current with her obligations.