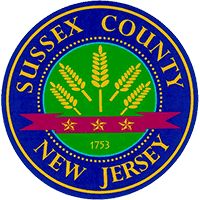 On March 9, 2017, the County of Sussex quietly paid a total of $15,001 to settle a 2015 lawsuit filed by the County’s Administrator of the Division of Social Services who claimed that she was passed over for promotion and retaliated against for “advocating on behalf of a non-competent patient.”

In her lawsuit, Carol Novrit said that she authored a January 13, 2015 letter that urged the Newton Memorial Hospital to not release a woman into her husband’s care “because he was incapable of that care.”  The letter, which allegedly caused the hospital to go “ballistic,” also caused then Human Services Administrator Stephen Gruchacz to allegedly become extreme angry and to create a hostile work environment for Novrit.  When Gruchacz became County Administrator in July 2015, he allegedly passed over Novrit for the now vacant Human Services Administrator position and instead awarded the position to “a less-qualified individual with less experience.”  Novrit claimed that the hostility against her also caused her to lose out on an appointment to the County Administrator position.

Novrit claimed that Gruchacz’s elevation to County Administrator was approved by Freeholders Dennis J. Mudrick, Phillip R. Crabb and Richard A. Vohden because they felt that Gruchacz could insulate them from what Novrit called “widespread criticism” for the three Freeholders’ support of a settlement agreement involving a solar contract.  Novrit alleged that her hostile work environment “was controlled” by former County Counsel Dennis McConnell until his retirement in 2015.  According to Novrit, McConnell’s replacement, John Williams, “continued the hostile work environment, told [Novrit] she was suffering from anxiety, criticized her for ‘shoving her resume in his face’ and further stated, ‘I thought there was something about you.'”

The County’s unwillingness to release this settlement is illustrated by a March 9, 2017 New Jersey Herald editorial entitled “Lawsuit settled? Or not? The answer is pending.”

None of the the lawsuit’s allegations have been proven or disproven in court. Settlement agreements typically state that payment does not constitute an admission of wrongdoing by any of the defendants.  All that is known for sure is that Sussex or its insurer, for whatever reason, decided that they would rather pay Novrit $15,001 than take the matter to trial. Perhaps the defendants’ decision was done to save further legal expense and the costs of trying what were in fact exaggerated or meritless claims. Or, perhaps the claims were true and the defendants wanted to avoid being embarrassed at trial. This is the problem when cases resolve before trial–it is impossible to know the truth of what really happened.