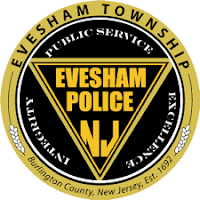 On October 24, 2017, the Township of Evesham (Burlington County) agreed to allow a police officer who was fired effective November 8, 2016 to resign in lieu of being terminated  The agreement also allowed the former officer to keep $30,135.82 that the Township said the officer received while she was suspended.

According to her complaint, Officer Kathleen A. Portella was suspended with pay on November 8, 2016 after having been served with a Preliminary Notice of Disciplinary Action (PNDA). She was served with another PNDA on January 9, 2017. After four Department Level Hearings held in February and March 2017, she was issued a Final Notice of Disciplinary Action on July 21, 2017 which, according to Portella ‘s lawsuit, caused her to be terminated effective November 8, 2016.  Her lawsuit sought a Superior Court judge’s review of the disciplinary matter and reinstatement to her job with back pay and seniority rights.

In the October 24, 2017 confidential agreement, both parties agreed that in lieu of being fired, Portella would be allowed to resign effective July 21, 2017 and keep the $30,135.82 that was paid to her during her suspension. As part of the settlement, Portella agreed to “not seek reemployment with Township in any capacity.”

Nothing in any of the available paperwork explains the nature of the conduct that caused Portella to be fired.

Both the Township and Portella agreed to keep the settlement “confidential to the maximum extent permitted by law.” Fortunately, such confidentiality agreements are trumped by the public’s right to know under the Open Public Records Act.