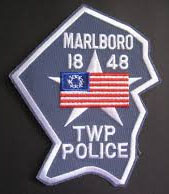 On November 7, 2017, I wrote an article titled “Who is T.S. and why is he or she suing the Monmouth County Prosecutor and seeking to have the lawsuit sealed by the court?”  After a November 17, 2017 hearing, at which I participated both by filing a certification and letter brief and by arguing telephonically, Monmouth County Assignment Judge Lisa P. Thornton denied the sergeant’s motion to seal the file and released most of the court filings to me.  We now know that the suit was filed by a fired Marlboro Township police sergeant who seeks to be declared “psychologically fit to be conditionally rearmed and to conditionally return to full duty” after having reportedly been cleared by two psychologists who examined him after two separate incidents.

The essential facts, as alleged in former Marlboro Sergeant Timothy Snyder’s lawsuit, are that Monmouth County Prosecutor Christopher J. Gramiccioni twice disallowed Snyder from possessing a firearm.  The first time was on May 10, 2015 after Snyder’s arrest for domestic violence–charges that Snyder claimed did not result in a conviction.  The second time was on October 16, 2015 after Snyder was suspended by Marlboro Police Chief Bruce Hall when an “officer-in-crisis” report was filed after an incident that occurred in Snyder’s home.  The object of the lawsuit is to compel Gramiccioni to return Snyder’s firearms and accept recommendations, made by separate psychologists who examined Snyder after each incident, that Snyder is fit for duty.  Snyder has a separate, administrative matter pending before the Office of Administrative Law that contests Marlboro’s reported decision to fire him effective June 3, 2016.  This is only a summary. The court filings are available for those who want more details.

Snyder originally filed his lawsuit in August 2016 using only his initials, T.S., to identify himself.  Judge Thornton quickly rejected this attempt and required Snyder’s lawyer, Thomas A. Cushane of Vineland, to refile the suit using Snyder’s full name.  (Unfortunately, Thornton’s decision did not cause the court’s publicly-accessible, electronic docket to be updated.  The docket, known as the Automated Case Management System (ACMS), identified the plaintiff as only “T.S.” until mid-November 2017.)  Also during August 2016, Cushane filed a motion to “seal any and all court records—including the complaint itself–in light of the extremely sensitive nature of the psychological reports and evaluations referenced at length therein as well as Snyder’s public standing in the community as a municipal law enforcement officer.”

In support of his motion to lock down the entire file, Cushane argued that while the public has a common-law right to inspect court records, the public’s confidence in his client’s ability to function as a police officer would be undermined if members of the public had “unfettered access” to documents filed in Snyder’s lawsuit. The prosecutor’s office argued that Cushane’s position was “too broad” and that if “the Court were to accept that, then it would have to seal the records in every case where an officer’s reputation or ability could be called into question.”

Ultimately, Judge Thornton ruled that the court filings be released to the public while Snyder’s psychological reports are sealed.