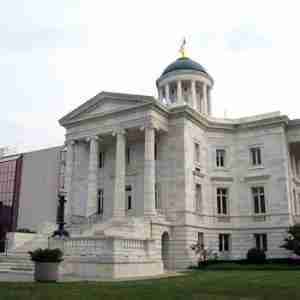 Update:  On January 22, 2018, Judge Ciccone denied our motion.  Her Order and Opinion are on-line here.
—————————
On Friday, January 5, 2018, Somerset County Assignment Judge Yolanda Ciccone will hear a motion filed by three open government advocates who seek to at least partially unseal court records and unlock the court’s docket of a lawsuit filed by a then fourth-grader in the Hillsborough school district who claimed that she was raped multiple times by her former elementary school principal.

The motion, filed by me, along with transparency advocates Donald Baldwin and Paula Baldwin, aims to get at least minimal docket information on a lawsuit filed on June 1, 2017 by a former Hillsborough Township (Somerset County) fourth-grade girl who, according to media reports, claims that she was raped “hundreds of times” by now-retired Woodfern Elementary School Principal Matthew Hoffman.  Currently, every document in the court’s file is sealed and the case cannot be located on the Automated Case Management System (ACMS)–the civil court’s on-line docket.

I first learned about the case’s existence on September 18, 2017 when I visited the Somerset County Civil Division Manager’s office for a routine record inspection.  While at the office, I examined a book of court reports that revealed that an “assault and battery” lawsuit was filed by Jane Doe.  After the window clerk denied my request for case documents, I made a formal, written request to the Trial Court Administrator for the order that sealed the file, a redacted version of the civil complaint and even innocuous documents such as cover letters that accompanied case filings and the court-generated notice that advised the parties of the “track” to which the case was assigned.  In an October 6, 2017 letter, Civil Division Manager Mary Braunschweiger denied my request in its entirety.

Later, Donald Baldwin discovered that the case was the subject of a July 26, 2017 New Jersey 101.5 article written by Sergio Bichao titled “Ex-Hillsborough principal raped 4th-grade girl ‘hundreds’ of times, lawsuit says.”  That article reported that Hoffman, while a teacher in the Hopewell Valley Regional School District in the 1980’s, was accused in a lawsuit of raping a young man over a four year period.  That accusation resulted in a $300,000 jury verdict against Hoffman in 2015.  According to Bichao’s article, Hoffman retired at age 52 shortly after the Hopewell Valley student filed his lawsuit.  No criminal charges against Hoffman have arisen out of either alleged offense.  According to New Jersey pension records, Hoffman’s final salary from Hillsborough was $129,724 and he receives a monthly pension of $4,745.

Our motion is being jointly opposed by Jane Doe and the Hillsborough school district.  The opposition paperwork argues that the file was unsealed and the docket was open from June 1, 2017 through to September 15, 2017 when Superior Court Judge Thomas C. Miller sealed both the file and the docket.  The opposition argues that the Baldwins and I should have opposed the sealing motion that Judge Miller decided in September and that it is too late for us to now challenge it.  They also argue that nothing short of a complete sealing of the records and a total lock-down of the docket will protect Jane Doe’s privacy.  In our reply, we argue that we did not even know about the case when Judge Miller entered his order and that there should be a way, through use of pseudonyms, document redaction and other devices, for the public’s interest in this case to be accommodated while still protecting Jane Doe’s privacy.  Under court rules, the burden is on the parties who wish to keep the sealing order in place to show that “good cause” continues to exist for sealing the records.

The Baldwins and I fully respect the young plaintiff’s need for privacy.  But, members of the public, especially Hillsborough taxpayers, have a legitimate interest in knowing whether Hillsborough school officials knew or should have known about Hoffman’s alleged past conduct but turned a blind eye toward it.

According to Bichao’s article, one of the defendants in the lawsuit is Susan Maglia, Hoffman’s secretary, who sat outside Hoffman’s locked office door during the alleged rapes and watched Hoffman walk the girl to her classes after the office visits.  And, former Hillsborough Superintendent Edward J. Forsthoffer, who is now the superintendent of the Bordentown Regional School District, claimed through his attorney that he and other Hillsborough officials “had no way knowing about the previous allegations because [Hoffman] had never been charged with any crime that would show up in a background check.”

The public has an interest in hearing testimony and seeing court records that could disclose whether Maglia, Forsthoffer and other school officials acted reasonably in protecting Jane Doe from harm.  The Baldwins and I believe that Judge Ciccone can balance the public interest in this case against Jane Doe’s privacy needs in a way that accommodates both.