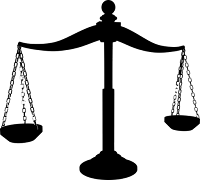 Update:  In a December 28, 2017 opinion, the Appellate Division upheld Judge Betancourt’s ruling.
———————————–
On December 14, 2017, the Local Finance Board adopted an Administrative Law Judge’s recommendation that a former chief public defender for the City of Hoboken (Hudson County) violated the Local Government Ethics Law by failing or refusing to file a Financial Disclosure Statement for 2016.

According to Judge Thomas R. Betancourt’s October 10, 2017 written decision, Esther Milsted, who was appointed to her public defender position on January 4, 2016, “undertook her own review of the relevant law regarding the filing of financial disclosure statements and determined that she was not required to do so.”  Judge Betancourt rejected Milsted’s argument and held that she “was a local government officer in 2016 and required to file a financial disclosure statement.  “[Milsted] was aware of the requirement to file a financial disclosure statement and chose not to based upon her determination she was not required to do so,” Betancourt wrote in upholding the violation and the $100 penalty.  “[Milsted] had options to pursue other than filing. She could have resigned. She could have requested she be listed as inactive. She did not do so prior to receiving the notice of violation.”