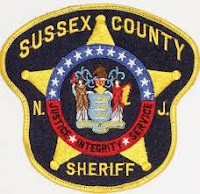 On March 21, 2018, the Sussex County Sheriff’s Office paid $95,000 to settle a lawsuit filed by a Hackettstown lawyer who claimed that a Sheriff’s Officer improperly placed a metal detecting wand between her legs when she was entering the Keogh-Dwyer Correctional Facility in Newton to visit a client.

In her lawsuit, Bonita B. Bourke claimed that as a lawyer she routinely goes through security at correctional facilities and courthouses.  But, when she and a male intern entered the Newton faciility on August 20, 2014, Officer Sean Long allegedly departed from what she was accustomed to and moved his wand “upward under her skirt, lifting [her] skirt.”  Despite her protests, she claimed that Long used his wand on her again by placing it between her legs and telling her to “spread your legs.”  She claimed she became upset but was wanded a third time.

Bourke claimed that Long apologized to her as she was leaving the facility.  She alleged that the incident caused her to become “anxious and disoriented” and that she “vomited on the side of the road” while driving back to her office.

None of the the lawsuit’s allegations have been proven or disproven in court. Settlement agreements typically state that payment does not constitute an admission of wrongdoing by any of the defendants.  All that is known for sure is that Sussex County or its insurer, for whatever reason, decided that they would rather pay Bourke $95,000 than take the matter to trial. Perhaps the defendants’ decision was done to save further legal expense and the costs of trying what were in fact exaggerated or meritless claims. Or, perhaps the claims were true and the defendants wanted to avoid being embarrassed at trial. This is the problem when cases resolve before trial–it is impossible to know the truth of what really happened.