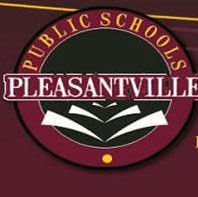 On November 9, 2017, the Pleasantville Board of Education (Atlantic County) agreed to pay $185,000 to a former employee who said that she was improperly fired after reporting employees who were being paid “for doing no work.”

In her lawsuit, Dawn Rice-Bivens, who started working for the school district full time in 2006, said that she notified former Superintendent Garnell Bailey in April 2012 that employees in the district’s “Beat the Streets Program” were being paid “for doing no work” and that an employee of the district’s Combining Academics Recreation and Enrichment (CARE) program called out of work and took five students and one other staff member to the beach.  Rice-Bivens claimed that Bailey initially wanted the CARE employee fired but changed her mind after learning that the employee “was a close friend of a District board member.”

She claimed that she was called into Bailey’s office in November 2012 where Bailey allegedly told her that she would be recommending that Rice-Bivens be fired because she was “a thief” who “embezzled from the District.”  Rice-Bivens claimed that the Board of Education rejected Bailey’s termination proposal at its December 12, 2014 only to have its decision reversed two days later by State Monitor James Riehman.  She claimed that when she saw Bailey at a May 2013 school board meeting, Bailey told her: “I have the last laugh, don’t I Dawn.”

According to a November 17, 2015 Press of Atlantic City article titled “Two charged two years after Pleasantville schools audit,” the Attorney General’s office filed charges against Rice-Bivens in August 2015 for an alleged $2,104 theft from the District.  There is no other article regarding the disposition of the charges and a search of the on-line Promis/Gavel database shows no convictions for Rice-Bivens.

None of Rice-Bivens’ allegations have been proven or disproven in court. Settlement agreements typically state that payment does not constitute an admission of wrongdoing by any of the defendants.  All that is known for sure is that Pleasantville or its insurer, for whatever reason, decided that it would rather pay Rice-Bivens $185,000 than take the matter to trial. Perhaps the defendants’ decision to settle was done to save further legal expense and the costs of trying what were in fact exaggerated or meritless claims. Or, perhaps the claims were true and the defendants wanted to avoid being embarrassed at trial. This is the problem when cases settle before trial–it is impossible to know the truth of what really happened.