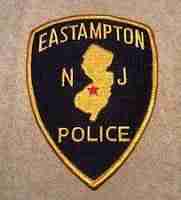 On Tuesday, October 9, 2018 at 2 p.m., Burlington County Superior Court Assignment Judge Ronald E. Bookbinder will hear argument in Libertarians for Transparent Government v. Township of Eastampton, Docket No. BUR-L-1158-18.  At issue is whether Eastampton Township must publicly disclose whether one of its police officers has been on paid suspension for over three years.

Earlier this year, I received an anonymous tip that Eastampton Police Officer Diana Welthy (previously known as both Diana Shimonovich and Diana Felenczak) had been on paid leave for three years.  My search of court dockets disclosed that Welthy had filed a sexual harassment lawsuit against her police supervisors in April 2016 that was resolved by a November 15, 2017 Consent Order that “held [her lawsuit] in abeyance because of disciplinary charges filed against [Welthy] by the police department.”

In her lawsuit, Welthy acknowledged that she was suspended and had her badge and weapon taken away on April 27, 2015.  Since the Consent Order stated that “those disciplinary charges [were] relevant to” her lawsuit, it is indeed plausible that the anonymous tipster is correct in stating that Welthy has been on paid suspension from April 27, 2015 through to the present.  (My research also found that Welthy (then Diane Felenczak) sued Eastampton on March 4, 2010 for gender-based harassment.  In April 2011, Welthy and the Township entered into a confidential settlement agreement under which Welthy received $42,500.)

The non-profit for which I serve as executive director, Libertarians for Transparent Government, submitted an Open Public Records Act (OPRA) request to Eastampton for Welthy’s “payroll record” and explained that OPRA requires local governments to disclose whether an employee is being paid while not reporting to work.   In its response, Eastampton provided only an “Employee Maintenance” report that did not provide Welthy’s actual salary and did not give any information on whether she was being paid for time when she was not working.   (According to DataUniverse, Welthy is earning $91,888 per year from Eastampton.)

My non-profit, represented by CJ Griffin of Hackensack, filed the OPRA lawsuit against Eastampton because we believe that the public, especially Eastampton taxpayers, have a right to know whether or not upwards of $300,000 has been paid to Officer Welthy who may not have worked a single shift for over three years.