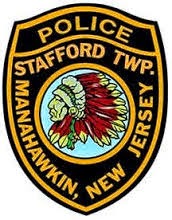 A common problem that records requestors face is being denied access to documents that the records custodian refuses to identify or describe. A lawsuit that I filed today against Stafford Township (Ocean County) seeks to enforce the rule that requestors have a right to a reasonably detailed description of each record that is being suppressed rather than just being told, in effect, that “we’ve determined that the responsive records, if any, are exempt from disclosure.”

By way of background, two Stafford police officers sued the Township alleging that a sergeant’s promotion exam was administered unfairly. As part of their claim, they asserted that another Stafford officer had “admitted to committing unlawful acts” and that Police Chief Joseph Giberson III “withheld this information.”

I submitted several Open Public Records Act (OPRA) requests to Stafford seeking information regarding the officer’s alleged “unlawful acts.”  After learning that no charges were filed in court against the officer, I posited that the public had a paramount interest in learning what, if any, “unlawful acts” the officer committed so we (i.e. the public) could determine whether the decision to not file court charges against the officer was reasonable or the result of preferential treatment.  When I asked Stafford for “any writings that describe or otherwise reference any ‘unlawful acts’ committed by” the officer, I was informed by Township Attorney Christopher J. Dasti that Stafford Police had created an internal affairs file for this officer in 2013, that “any documents . . . would be contained in [the] internal affairs file” and that all “such documents are confidential and exempt from disclosure.”

In my response, I explained to Dasti that just because a document is in an internal affairs file does not necessarily mean that it is exempt from disclosure–for example, documents that were created prior to the internal affairs investigation are not confidential.  I asked Dasti “to identify each record that exists and then give me a detailed explanation as to why the Township can’t provide me with even a redacted version of it.”  Without such a description, I explained, I was unable to determine whether or not my records request was being properly denied.  In his reply, Dasti bluntly said, “As I have previously indicated . . . the internal affairs records are exempt from disclosure under OPRA. Therefore, the Township cannot respond to your request.”

It is possible, of course, that Dasti might be correct that each and every record in the officer’s internal affairs file is exempt from disclosure.  But, unless records requestors are given a general description of each withheld record, they will be unable to challenge a custodian’s blanket assertion that that the requested records are exempt from disclosure.  If the manner in which Dasti denied my request carries the day, then every OPRA request can be defeated by a generic, non-specific claim of privilege.  And, under a common law right of access balancing test, how could a requestor ever argue that his or her right to disclosure exceeds the government’s need for confidentiality if the requestor doesn’t know the nature of the record at issue?

My lawsuit and brief, filed by CJ Griffin of Pashman Stein in Hackensack, is on-line here.  The matter will be heard by Judge Vincent J. Grasso at 1:45 p.m., May 12, 2015 in Toms River.